Earlier last year, while I was going through my Nicholas Sparks stage, one afternoon my wonderful big brother went to a little old second hand book store and returned home with a present; ‘The Lucky One’.

At the time, my stud of a boyfriend was still on the other side of the world, so anything that would help make the weeks pass by, be it even just a little quicker, was always appreciated and like most of the Nicholas Sparks books that I had read, it didn’t take long before I was hooked. Eventually though, like all books, sadly it came to an end and like all good books, I was left wishing that it hadn’t.

Eventually though, a few months had passed and by this stage my boyfriend was home again. Upon his return, whilst telling him every little detail of my life that he’d missed while he was gone, I of course told him about the wonderful book that I had read earlier that year and about how it helped me pass the time. Aside from a brief conversation with him about the basic story line though, I hadn’t thought about that book in quite some time.

That was, until I saw the title of that very same wonderful Nicholas Sparks book on the cover of a life size movie poster, right there in front of me in the middle of the shopping centre. It appeared that the ‘The Lucky One’ had been made into a movie; a movie that would be out in cinemas in just a few short months.

I was completely over the moon.

Boyfriend had obviously noticed my excitement towards the movie on the poster, because I was able to talk him into taking me to the very first screening, without any persuasion at all. That wasn’t the best of it though, it wasn’t even close. The best part was, that it wasn’t just any screening we would be going to, we were going to a Chicks at the Flicks screening.

For as long as I can remember, I’ve always wanted to go to a Chicks at the Flicks event, just to get one of those little bags full of surprises and finally see what all of the fuss is about. Tonight, compliments of my lovely Boyfriend, I was able to do just that. Tonight I was going to see a movie that was based on one of my favourite Nicholas Sparks books, with my favourite boy at a real life Chicks at the Flicks event; something I had been waiting to do forever.

Now, given that the word Chicks is the first word in the title of the event, I was of course assuming that there would be quite a few more girls than there would be boys and considering Zac Efron was the lead actor, I knew there was a fairly good chance of my assumption being correct. What I didn’t assume however, was that there would be no boys at all.

Whilst looking through the little bag of surprises I had been waiting a lifetime for and realising that it was not actually a sample bag filled with lollies, chocolates and dreams, but was more of a ‘beauty products, pads and tampons waste of money’ kind of deal, I had yet another realisation.

Looking around a crowded cinema tonight, completely full of females, I could see just two males. Just two males who were kind enough, selfless enough and brave enough to take their wife and their girlfriend to an event such as this.

One of which was an adorable elderly man who after a lifetime with his beautiful wife was still holding her hand, smiling contently and the other was my amazing boyfriend.

It was then, after seeing that beautiful elderly couple, that a smile spread across my entire face. It was then that I realised yet again, just how lucky I truly was.

Sitting there in that cinema tonight, seeing that adorable elderly couple who were still so obviously in love, somehow made me more sure of everything I had already known. That boy who I had sitting beside me, just happened to be the very same boy who I imagined myself sitting with, sixty years from now. A boy who could quite easily be my eighty-two year old loving husband someday, a boy who even after a lifetime together, I am certain would still sit there holding my hand with a smile spread across his beautiful face. A boy who would not only make me the luckiest girl in the world, but also the happiest.

So although Nicholas Sparks may have written a number of famous love stories, stories that I love nonetheless, after tonight, as far as I was concerned, it was the love story that I was still busy writing that made me the luckiest of them all. 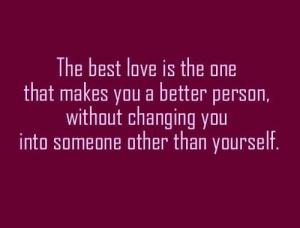