From the very first moment that those perfect baby blue eyes of his met hers, she knew that they were in trouble. What she didn’t know however, was just how much.

A love story about a boy and a girl who brought out the very best in each other. A tale of two best friends who whilst trying to find their place in this wild and crazy world, managed to find something far greater; their penguin.

It would seem that somehow, the universe knew exactly what they were looking for, despite the fact that neither of them actually knew themselves and somehow, that unexpected magical moment sparked the beginning of a perfect romance.

A romance that five years on, is shining brighter than ever before. A romance so beautiful and so perfect, that it appears as though it has been written in the stars all along. 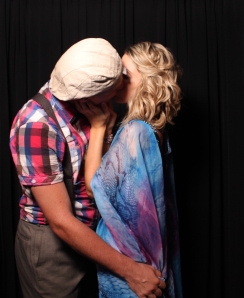 Happy Anniversary Boyfriend, I love you to Antarctica and back! xx